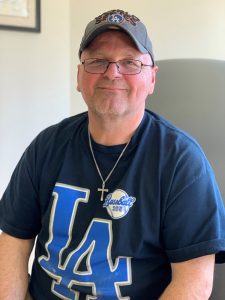 Richard has been a patient of mine for over a decade. He has type II diabetes and subsequently has developed neuropathy. Neuropathy in the feet is a dangerous condition. It means that you don’t feel pain or injury. If you don’t feel pain, it is very easy to have an UNDETECTED injury. One of the more common types of injuries in a diabetic foot is called an Ulcer. An Ulcer of the foot is basically an open wound. These form commonly in area’s of pressure, where a normal foot simply forms a callus, a numb foot will ulcerate. Richard has had an ulcer on his big toe on and off for 10 years. The only way to heal a foot ulcer is to stay off the foot, which makes life very difficult if one’s employment requires a lot of walking and standing. Richard does not have a desk-job.

There is good news for Richard. I just did surgery on his foot to help eliminate the source of pressure that was causing his foot ulcer. The procedure is called a 1st MPJ Arthroplasty.

After 10 years of dealing with this (Richard’s foot ulcer prior to surgery): 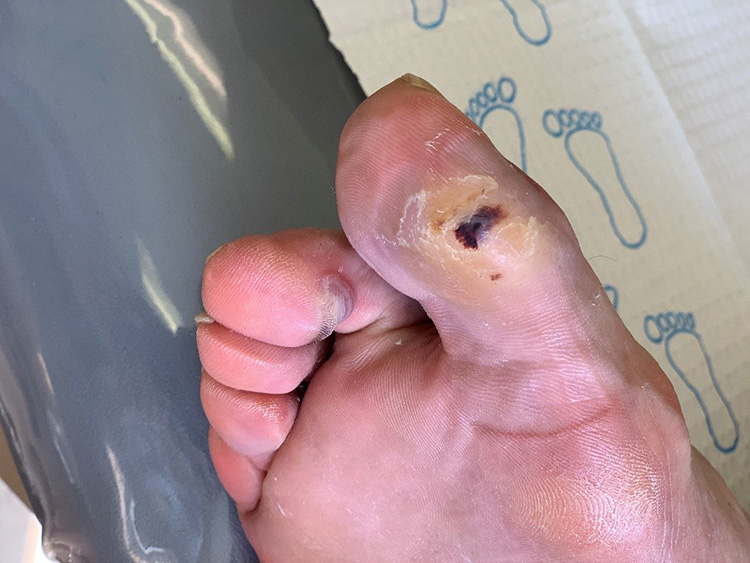 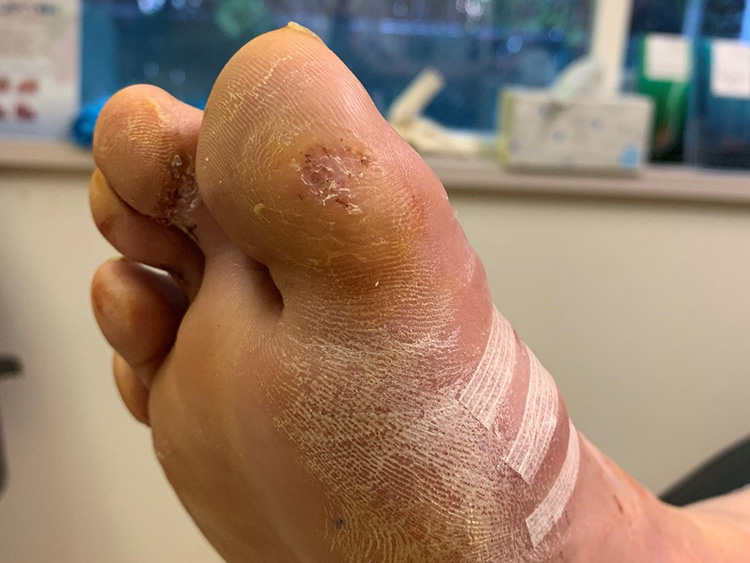 The ulcer is completely gone, the skin returning to normal.

This is life-changing surgery for Richard and for many other diabetic neuropathic feet.